How To Setup A Gibson Les Paul guitar. Time for teardown – removing the old strings, getting the hardware sorted out and batching processes for prep.

Part 4: How To Setup A Gibson Les Paul.

We’re going to deal with pickups first. I’m going to use a little bit of polish on this piece of paper towel.

There’s other polish products and whatnot that we can use, and I’ll deal with those at a later date. I have some other videos that will discuss that. But you’ve got to stay tuned in order to see that.

This guitar hardware has got a gold finish on it and I’m not going to try to take off any of that gold or anything, obviously.

People will get a little concerned about the condition of the finish, such as rest and whatnot around pole pieces and stuff like that. And it really doesn’t hurt the sound or anything like that, it just looks ugly. Right? 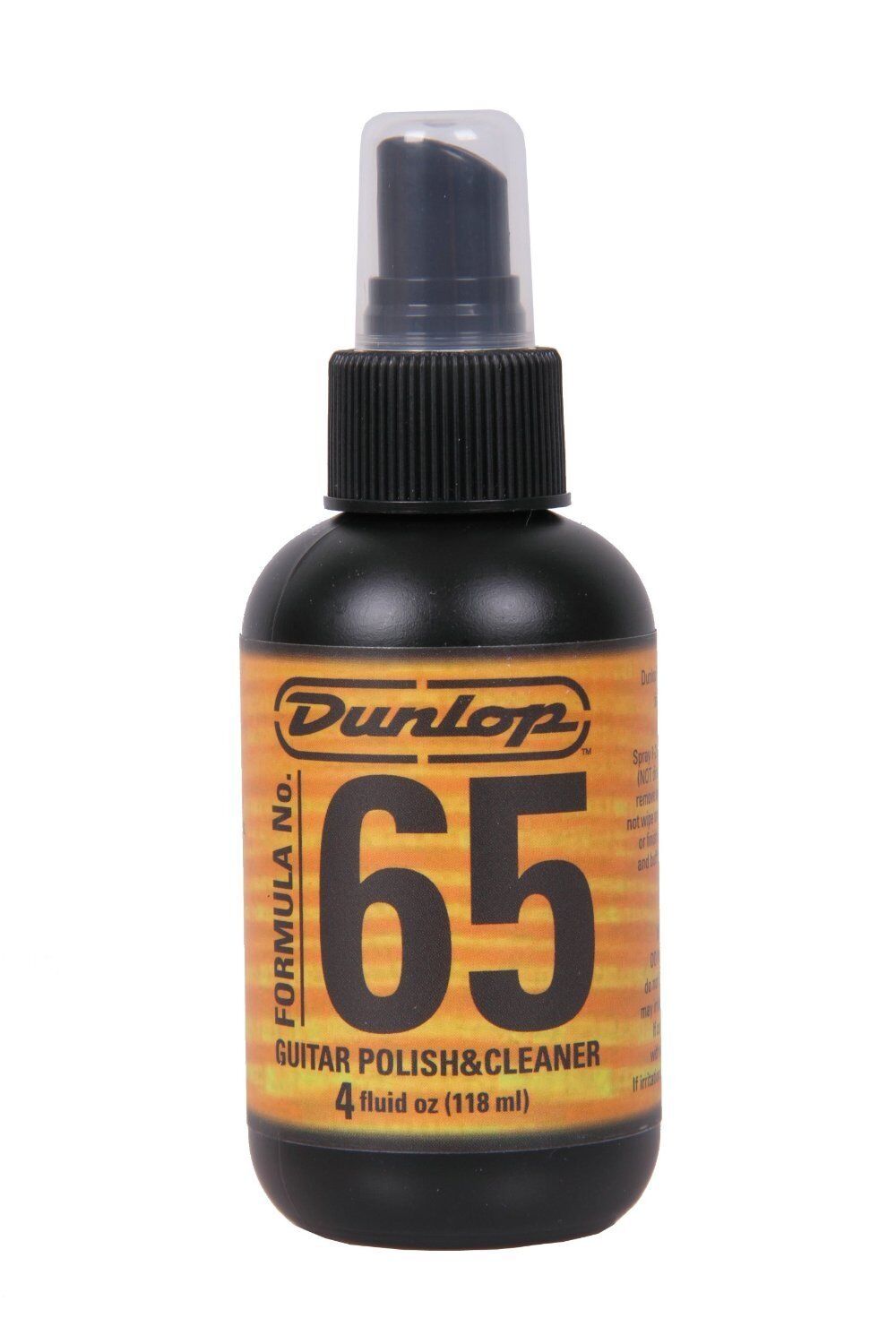 And to tighten this up a little bit, I have a little wooden dowel. You can use a bamboo skewer or something like that, preferably wood instead of metal.

You don’t want to use metal. This will help me get tight into some of these corners and places. This pickup is not so bad, so the polish is helping to pick up some of that junk and whatnot.

There’s a lot of corrosion here which I could deal with, with a number of different methods. But in this case, I’m not going to get really hard-core with this. The purpose of our video here is to do basic housekeeping and whatnot.

This hard edge here really helps to get tight into the nasty bits. You’re not going to have to worry about scratching it or anything like that. So if that were metal, it would poke through.

You’d have a problem, you know what I’m saying? To get some of this extra junk off you’re going to use that tip there, and just nibble at it.

Now this is just making me cringe a little bit. The gold is so soft that it will come off very easily if you’re not careful with this, and you can see it’s evident in the top of the pickup.

I could maybe take the pickup out really have at it if I wanted to get it right – super clean again. But again, that’s not what this particular video is after. We are doing a basic set up. So I’m going to be brief about this.

Do yourself a favour, don’t hold parts over the top of the guitar when you’re working them because they slip and they can fall down.

And the next thing you know you’ve got damage on the top of your instrument.

So stay away from the top of the instrument, good habit. How do you learn that kind of stuff? Well, let’s just say experience accounts for something, and some of those are hard-won lessons. Okay. That’s good to go. Now this is actually a really good shape.

And yeah, so this is a replacement. Often what happens is the gold is soft and it degrades, and a lot of bridges on Les Paul’s and other instruments will… Because your Palm is resting there so much, they just get chewed out and you wind up replacing the things. I would prefer to see that as being an original part.

You can get it from Gibson, but the price is going to be leveraged by the name. Or you can go directly to Schaller and get exactly the right part. Which is down here. Now, when I took this off it was mounted backwards.

I always like to see the saddles ramping forward. Okay, you can take it apart and turn it around. It’s a bit of a pain in the butt, but it is possible.

I’m just eyeballing this for intonation right now. I’ve got to pay attention to my own advice here, and not stay over top of the instrument.

I’m trying to make a visual point here, so I am expediting some things and not paying attention. Anyway, so here we are. Again, this is totally eyeballed.

What I have is a series of three ramps, and three ramps. Okay? So it’s like this, and then it shifts back about a sixteenth of an inch, and it does the same thing. So we have kind of a staggered sort of thing. Okay.

Three and three. Three wound strings, three plain strings. As to why?, that’s a whole other ball game which I’ll get to in another video series.

I forgot to mention another valuable tool. I have an old toothbrush, good to go. That’ll get right in there. This is thankfully pretty clean.

There are other tools and whatnot you can use to clean house with these bridges because all of those little voids and whatnot, those cavities, they’re just rotten for catching dirt and stuff, just nasty.

I think this is… Yep. It says “Gotoh” right there. As I was suspecting that this was an aftermarket part because it was too clean. And the holes, those would be metric. They’re over-sized. It still fits and all that, but this is not the right bridge. For this era, ’93, it would be a Schaller part. It would say “Made in Germany” on the bottom.

I’m going to leave that off because we’re going to deal with the neck. This neck is actually in pretty good condition. If it was grungy, really grungy I would have at it more or less the same way.

But I’ll give you a quick lesson on how to deal with that. Okay, these pickups are recessed. I don’t have to worry about setting them to the right height yet.

I’m just going to take some painter’s tape here, and just mask off our work area. Low-tack. It’s got to be low-tack because you don’t want to see the finished coming up, right?

Very, very low-tack. Okay so we’re going to tackle the neck and clean the frets as well. There’s no real specific order to this, as long as the jobs are being performed in a logical sequence, it’s all good.

I have some Windex here. Sorry, if I keep adding some elements and whatnot, but as the situation arises I’ve got to keep using the tools that I need to get the job done.

You can see the dirt coming off there, not to get it into the finish, like on the underside of the neck and stuff like that. And one thing I want to make really clear is I’m really not a fan of using steel wool.

Not a fan at all because those little bits of the steel get everywhere. They can get into your pickups, they can get on the finish, and create problems, and get on your work surface. It’s just ugly, ugly, ugly, ugly.

Anyway, there’s alternatives. All that did there was soften up the goo on the surface. You don’t have to worry about the ebony being really problematic.

If you have a lot of junk on there, you can just keep at it and eventually you’ll soften it up. The last process if you want to save yourself a step or so, dollar store brass bristles. Good stuff.

You’ve got to be careful with polishing the frets. I’m going to use this to make a point of something. Okay. Very lightly, what this will do is get the junk out of the knees of the frets, and it will burnish the frets at the same time.

It’s not going to harm the ebony at all because ebony is so hard. This will actually give a light polish.

You can use this on the rosewood too, but you’ve got to be very, very careful with it. It still a hardy little brush, it’s metal okay? So that’s good to go, got a lot of the junk out of there.

This is 1500 grit micro mesh sandpaper, which you can find online on Amazon, stuff like that. Okay.

Or even a hardware store you can get 2000 grit, would be just dandy. Okay. Then I’m just going to give these frets a quick polish.

ou can use finer grains of course, and get a nicer shine if you really want to have at it. You can get some really good shine happening. I wasn’t pressing really hard, and I’m not worried about the ebony finish on that either.

In other words, I didn’t mask it off or worry about that because that was a pretty light buff, let’s say. Again, back with the Windex just to pick up the junk. See? Just a little bit of junk left over.

I’m not leaving it sit on there because that leaches up the oils in the wood. I want to get that off of there pretty quick.

There you go. That literally dries in seconds. I just put that on there and, seriously it’s dry. It’s already dry.

Okay, lemon oil coming up. I’m going to dribble on a few drops. It can be a bit of an experience trying to get the lemon oil on without getting it everywhere, but this is what we do.

This works really well with rosewood and inexpensive offshore stuff. That wood can be so dry, it does suck up half the oil in no time.

All right, I’m just going to wipe off the excess. No need to let the oil sit on there because it’s not going to go anywhere or do anything because that ebony is really, really tight.

That is Housekeeping 101 on an ebony neck.

Different kinds of necks such as a clear coat maple, rosewood, stuff like that, you want to treat… well, rosewood is more or less going to be the same process, but clear coat maple is a different thing.

I’m just getting some of that extra oil off my hands. Okay so, that’s that. And then get rid of this.

Okay. I’m going to take a short break and will be back to do some basic body housekeeping, and get the rest of it done. Thanks!

NOT SOLD IN STORES!

Enjoy this incredibly comfortable Keep Calm And Solo On Uinsex T-shirt with a guitar player’s twist of support and hope. Rock On, Play On, Keep Calm. and always remember those on the front line!

Makes a perfect gift for any guitar lover!

Sharp lines and perfect design illustrate this iconic patent inspired guitar t-shirt. Great for engineers and any guitar player who has a passion for exactness and precision.

Makes a great gift for any organized guitar player.